Behind the cuts: A new, improved Microsoft? 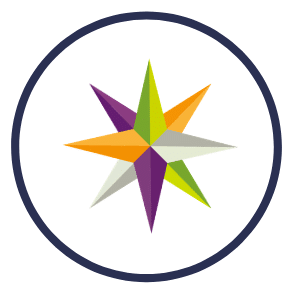 Mobile strategy has been a hot-button issue throughout 2014 – and in July we saw two drastically different developments: Apple and IBM formed a partnership to reintroduce iOS devices to enterprise, while, Microsoft, by contrast announced sweeping layoffs to its mobile division. Microsoft’s move has been interpreted as a sign the company is changing its mobile approach – which begs the question… to what?

What do the cuts involve?

The layoffs at Microsoft are the most significant in its 39-year history and involve the loss of 18,000 staff worldwide – around 15% of the company’s 127,000-strong workforce. 12,000 of the job cuts are expected to be made to Microsoft’s recently-acquired Nokia Devices and Services division, which cost $7.17 billion back in 2013. As part of that deal, Microsoft also pledged to make savings of $600 million within six months of the purchase. In business terms, the cuts make sense: Microsoft’s productivity versus net revenue has been lagging behind competitors for some time:

Satya Nadella, Microsoft CEO, commented that the cuts would take place over the next six months, with anticipated charges of up to $1.6 billion – including up to $800 million for severance and benefits to staff leaving the company. Nadella described the cuts as “difficult but necessary” – and part of a wider overhaul of Microsoft’s management structure which would “accelerate the flow of information and decision making”.

When Nadella took over as CEO, earlier this year, he made it clear that Microsoft would be a “mobile first, cloud first” company – moving away from its previous emphasis on software and towards a strategy which empowered business and mobile users.

Although losing staff from its mobile-focused division seems, at first glance, counterintuitive to Microsoft’s desire to enhance this aspect of its business identity, the strategy is more about a change in philosophy. Microsoft’s ambitions lie in releasing low-cost Nokia-style devices which, according to Microsoft Devices head, Stephen Elop, “embody the finest of Microsoft’s digital work and digital life experiences while accruing value to Microsoft’s overall strategy”. In practice, this means trimming the Nokia hardware teams to accommodate overlap with Microsoft’s existing roles.

Nadella’s streamlining represents a cultural evolution for Microsoft, in which the DNA of its past is present in its fresh incarnation. The phones Microsoft produce in this new era may display the Nokia ‘Lumia’ brand but will run on Windows – rather than Android – operating systems and will integrate with Microsoft’s Universal Apps feature.

Beyond signalling a new cultural era at Microsoft, the layoffs are also a clear message that the company is ready to engage and compete in the cloud. The announcement of the cuts came in the same month that Apple and IBM’s new partnership was revealed – a strategy designed to restore confidence in iOS devices working with enterprise cloud networks.

To meet the challenge from Apple and Google, Nadella is counting on reinvigorating Microsoft’s innovation culture, focusing on mobile hardware and software development “to win in the higher price tiers”. The cuts, which strip away layers of management, are designed not only to save money, but empower Microsoft’s engineers and developers – and make the company as a whole more “nimble and decisive“.

Many analysts believe Microsoft previously underestimated the success its competitors would achieve in the mobile market – an assumption which makes recent developments a clear statement of intent. A leaner, fighting-fit mobile division should, in theory, make Microsoft able to react quickly to changes and challenges in the marketplace,  while anticipating and developing the kind of services their users want to see.

What shape those services take remains to be seen, but some eye-catching flickers are already emerging. Earlier in 2014, Microsoft and Skype unveiled the beta of impressive real-time translation software, enabling speakers of different languages to communicate with each other (almost) instantaneously on their mobile devices. Elsewhere, Microsoft’s Bing team is working on ‘Cortana’, a virtual personal assistant to surpass Apple’s Siri feature on the iPhone. There will also, it has to be assumed, be countless novel email, document and storage features to come.

The old Microsoft may be no more, but the new, improved Microsoft is already making its ambition and determination known – and creating a more exciting and diverse mobile landscape for everyone.